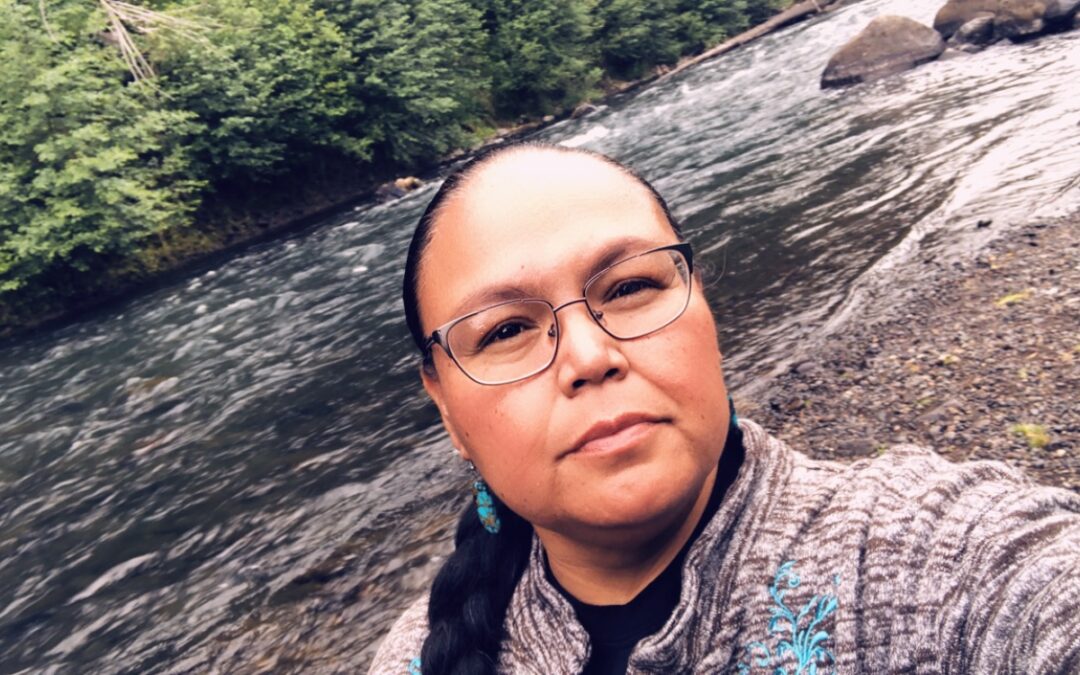 Elaine Harvey has worked for Yakama Nation Fisheries since 2006 and currently serves as the Environmental Coordinator. Elaine is also a member of the Kahmiltpa (Rock Creek) Band of the Yakama Nation.  She was the manager for the Rock Creek Fish and Habitat Project for 13 years and served as the Hydro Systems Oversight Coordinator for one year. She is also a Columbia River Intertribal Fisheries Commissioner for the Yakama Nation and serves as an Executive Board member for the Columbia Land Trust. Elaine dedicates her career to conserving and enhancing the First Foods for the Yakama Nation.  Her work includes enhancing streams for all native aquatic resources in many streams, riparian corridors, and wetlands in the streams in the Rock Creek, Klickitat, White Salmon, and Yakima drainages.  She also works with national forests to protect and enhance huckleberry habitats in the various huckleberry fields utilized by the Yakama Nation. Elaine works with her tribal departments to improve root gathering areas for tribal members on the Yakama reservation. She also is dedicated to sharing her traditional knowledge with the younger generations of the Yakama Nation.

Friends of the White Salmon River

Friends of the White Salmon River
Let rivers have room. When a river decides to move, it will move, with great power. Shoreline buffers let the river live and keep us safe.

Friends of the White Salmon River
Some history on Tract D and the origin of the case by the US Supreme Court recently refused to hear.

A 1972 executive order returned the sacred Pahto mountain to tribal lands, but disputes have continued to arise, including a recent challenge that culminated in the U.S. Supreme Court affirming the tribe's standing in April.
View on Facebook

Friends of the White Salmon River
Wow. This is a big thing, and so great that the Glenwood students were part of it. Building understanding. Hands on learning. Classic looks on the students' faces as they get up front and personal with lamprey - lamprey are suddenly real.