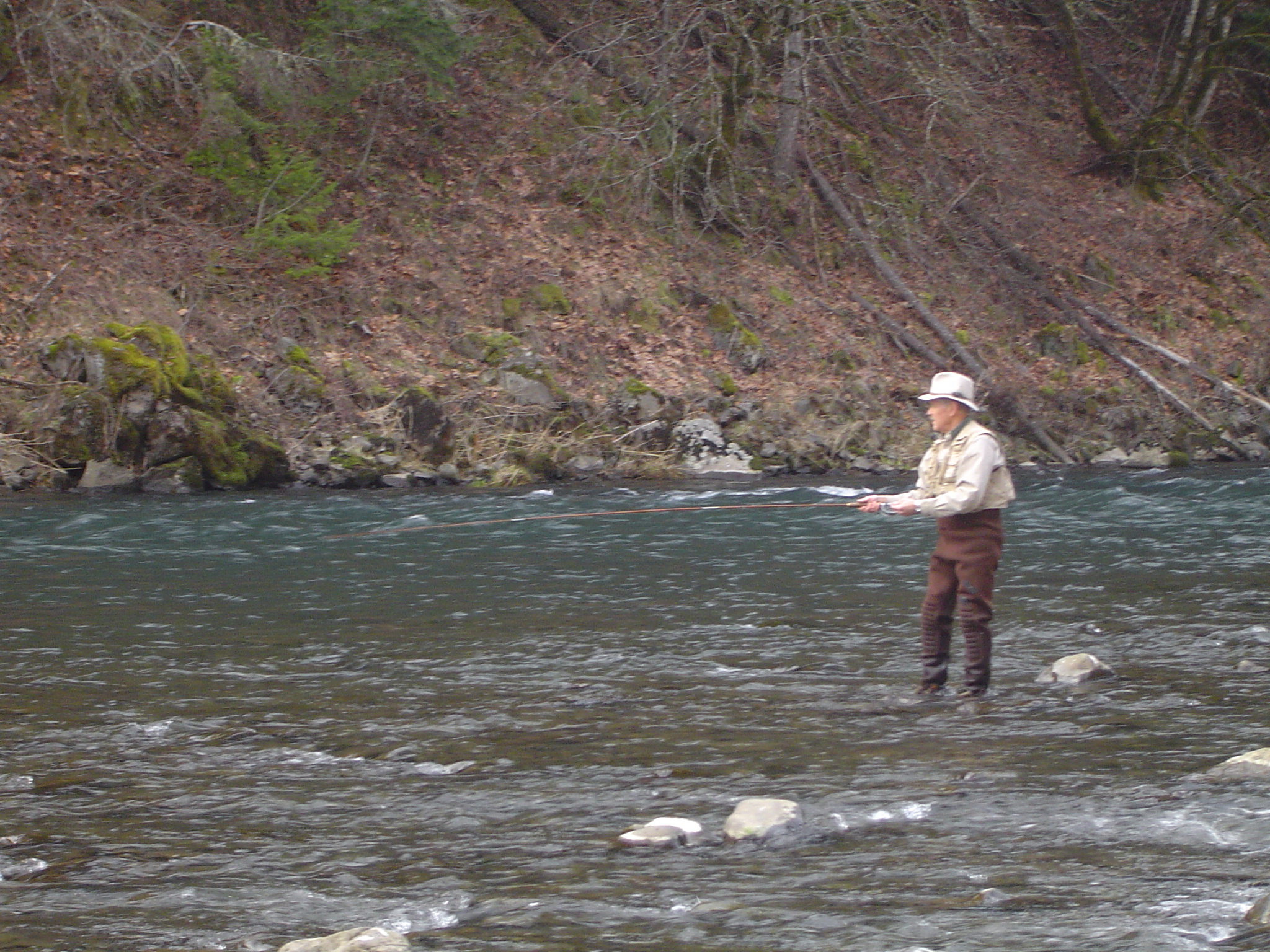 Jim Hulbert is a retired forester with a career with the USDA Forest Service having served on four National Forests in Wisconsin, Minnesota, Oregon, and Washington, and on the Columbia River Gorge National Scenic Area.  Jim was the Wild and Scenic River Planning Coordinator for the 1986 Omnibus Wild and Scenic Rivers Act for Oregon and Washington. The Act included the Lower White Salmon and Klickitat Rivers and 41 others in Oregon and Washington. Jim also served as the Acting Manager for the Columbia River Gorge National Scenic Area for one year.

Jim can often be found early in the morning at one of his productive fishing spots, the locations of which remain secret.  Jim is an accomplished woodworker of beautiful and useful items, including a large number of bird houses which he installs and maintains in critical habitat sites around the local area.

Friends of the White Salmon River

Friends of the White Salmon River
Let rivers have room. When a river decides to move, it will move, with great power. Shoreline buffers let the river live and keep us safe.

Friends of the White Salmon River
Some history on Tract D and the origin of the case by the US Supreme Court recently refused to hear.

A 1972 executive order returned the sacred Pahto mountain to tribal lands, but disputes have continued to arise, including a recent challenge that culminated in the U.S. Supreme Court affirming the tribe's standing in April.
View on Facebook

Friends of the White Salmon River
Wow. This is a big thing, and so great that the Glenwood students were part of it. Building understanding. Hands on learning. Classic looks on the students' faces as they get up front and personal with lamprey - lamprey are suddenly real.